Funds (or lack thereof), unforgiving work schedules (to secure said funds), nasty weather—all sorts of realities and contingencies can conspire to keep our wanderlusting, adventure-starved selves shackled to the boring old neighborhood of home. You crave soaking up sea-of-mountains views, running back-of-beyond wildwater, trekking that ingeniously routed thru-hike you’ve had schemed out for years; what you get is suburban humdrum, small-town stifle, big-city jungle, sprawl-scape bleh.

Except—except! Every place, even the most paved-over, has its latent wildness, its reminders of the old world of rock and wood and water and bone that many of us go chasing out in the backcountry, where it’s easy to see and touch. Key into the lay of the land with fresh eyes, and you’ll find everyday adventure right there in your very own zip code.

Furthermore, you’ll come to learn, or relearn, that your very own zip code has not been domesticated or concreted or dollar-stored to death—not entirely, no matter where you live. Every city park or farmland windrow has its great horned owl, you might say, and streams drain to the sea even when they drain underground.

Without further ado, a few ideas for digging into familiar landscapes and finding their wild heartbeat when you’re in between wilderness forays. 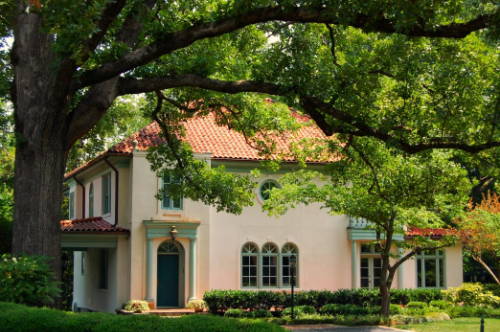 Hit the streets (or the country roads) on a neighborhood tree safari.

Trees serve as vital organic touchstones of history in human-centric landscapes: relic native old growth that hints, ghostlike, of pre-settlement ecosystems; aged veterans planted as treasured seedlings at bygone homesteads; street trees wearing healed wounds—broken boughs, spiral scars, deadwood tops—from some long-ago hurricane or windstorm or even unsuccessful attempt to fell the thing in the name of progress. There are trees scattered among our city- and town- and farm-scapes where passenger pigeons roosted, or bison took siestas; which American Indians warped as saplings to indicate direction; from whose hulking boughs hung lamps or executed criminals.

So hit the streets (or the country roads) on a neighborhood tree safari, and see if you can’t track down the biggest or tallest in your area, or particularly old specimens (which aren’t always particularly large ones)—often evidenced by heavy or twisted branches, thick and patchy bark, hefty burls, and/or ragged, partly shattered canopies.

Good places to look for standalone native old-growth ancients—and more generally large and old trees—are long-standing city parks and cemeteries, both of which commonly retained a few pre-existing shade trees upon establishment. Some towns and cities maintain Heritage Tree programs that can clue you into particularly venerable, champion-sized, or otherwise noteworthy trees. 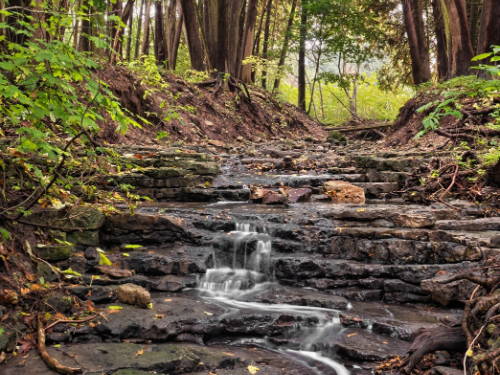 Follow hidden springs and creeks to stumble upon new discoveries—or, at the very least, a sense of the wild in urban environs

Moving water threads a landscape like nothing else, and tracing its flow feels like (a) unlocking a code and (b) mapping a primal bloodstream that links your home turf to fantastically remote points of ocean and atmosphere. Study the map and locate the nearest waterways, and identify where they rise and to which larger watersheds they belong. Then go follow them, or at least accessible reaches of them, on foot—as best you can, anyway, without trespassing or putting life and limb at risk.

Maybe you’ll find a spring rising mysteriously in a patch of campus woods. Maybe you’ll be able to visit an important confluence, or link a familiar golf-course pond with its parent drainage. Maybe you’ll stumble upon a rare free-flowing creek, or flashy ephemeral freshets rushing down embankments or ditches after a major deluge. Maybe you’ll chance upon a pocket-size swamp—invariably an oasis of pocket-size wilderness.

Spend enough time parsing out the headwaters and throughways of local drainages, and you’ll likely familiarize yourself with one of the hiding-in-plain-sight fundamentals of local topography: the high point and the low point of watershed. For some reason—and maybe it’s some blood-deep impulse—that seems important to know, even if the drainage divide comes mantled by subdivisions, and the low-lying outflow is some grungy culvert under the railroad berm.

Roosts, Gangs, and Other Avian Adventures 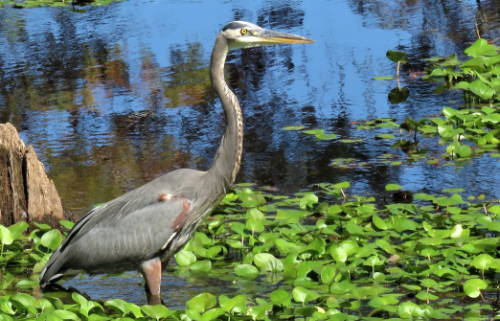 There’s a pretty decent chance that, if you live somewhere in the Lower 48 States, you’re not far from the prowling shallows of a great blue heron or two. Huge and primal-looking and generally shy as they are, these spear-billed, ruff-throated wading birds readily stalk along urban and suburban rivers, ditches, lakes, and ponds, staying surprisingly low on the collective human radar given their freezeframe abilities, camouflaged postures, and bottomland predilections.

Great blues commonly nest in colonial rookeries, or "heronries" (which is the kind of word that’s fun to write but hard to say). Ask around—or keep your eyes peeled in late winter and early spring for overhead pterosaur-esque herons toting branches—and you may be able to track down a local heronry along some river or swamp. These tend to be situated in tall trees, not uncommonly dead ones; cottonwoods, given their great height and proximity to water, make classic heronry groves. Heron rookeries may be viewable by paddling, or from some nearby terrestrial vantage—binoculars, naturally, come in handy. On the skyline, heron stick nests manifest as hefty but scraggly clumps in deciduous canopies, quite conspicuous when you know where to look, given nesting activity usually gets underway before the heronry trees fully leaf out.

Once you’ve found a heronry, you can keep tabs on it throughout the nesting season—great blue heron nestlings look very much like wacky dinosaurs—though as the canopies fill out your view naturally diminishes.

More ubiquitous and much more conspicuous than the stately great blue is the American crow. Crows make reliable year-round entertainment given their intelligence, visibility, and thorough exploitation of human-dominated landscapes, which they inject with inherent wildness courtesy of their raw calls and inky raggedness. It’s easy to block out those harsh caws as part of the continuous ambient racket of city and suburb, but if you strive to keep one ear tuned to crow chatter, you’re likely to be rewarded at some point with one of the more dramatic commonplace wildlife spectacles: mobbing.

Crows don’t take too kindly to the presence of a bird of prey, and raise a cacophony of yelling and scolding as they surround an unfortunate raptor, bringing it to bay in treetops and chasing it through the air in boisterous squadrons. If you hear a great communal crow ruckus, there’s a good chance there’s a hawk or owl in the vicinity, and if you track down the black-feathered horde you may well spot it—especially if you wait patiently for the mob to flush the raptor into harried flight. The most fever-pitched crow mobbing seems reserved for the great horned owl, Public Enemy No. 1 in the corvid sphere. (Because horned owls are mostly nocturnal and tend to stay cloistered away during the day, a crow mob is often the best way to actually see one of these "winged tigers," plenty common in town and city.)

Another cool crow tradition? Mass winter roosting. Crows will roost in the hundreds or thousands during the winter months for reasons not entirely understood, and many such aggregations are situated in urban areas. Come evening, you’ll see crows streaming overhead in a common direction, and if you follow you might find a whole fluttery mess of them gathered in trees or on rooftops. Very likely this is not their actual nighttime roost but a pre-roosting staging ground that they’ll gradually—often in small groups—depart from en route to communal sleeping quarters elsewhere.

Both crows’ raucous swarming of red-tailed hawks or horned owls and the winter sundown flights to thousands-strong roosts can go surprisingly unnoticed by citydwellers in their midst. The same goes for urban creeks and old trees tucked in the parkway boonies. But they’re there—ready and waiting for your attention, and your spirit of close-to-home adventure.

Written by Ethan Shaw for RootsRated and legally licensed through the Matcha publisher network. Please direct all licensing questions to legal@getmatcha.com. 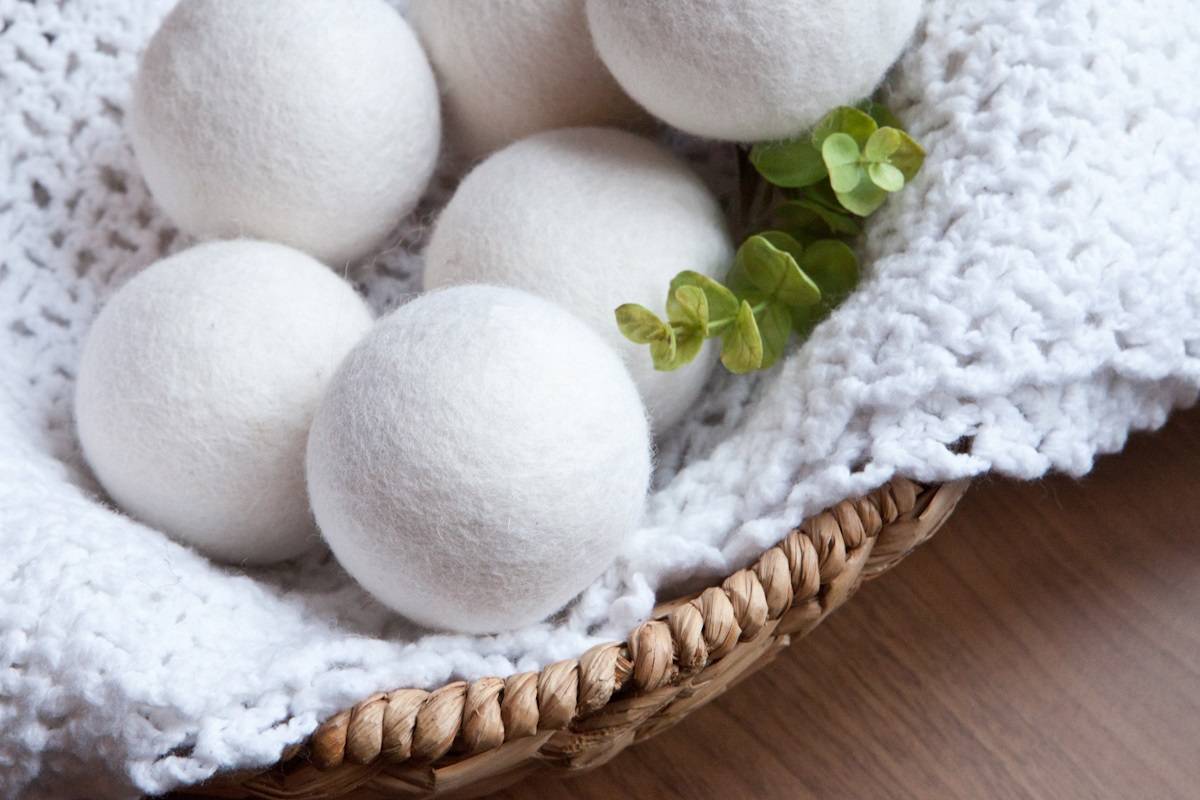 Products to create your Sleep Oasis® 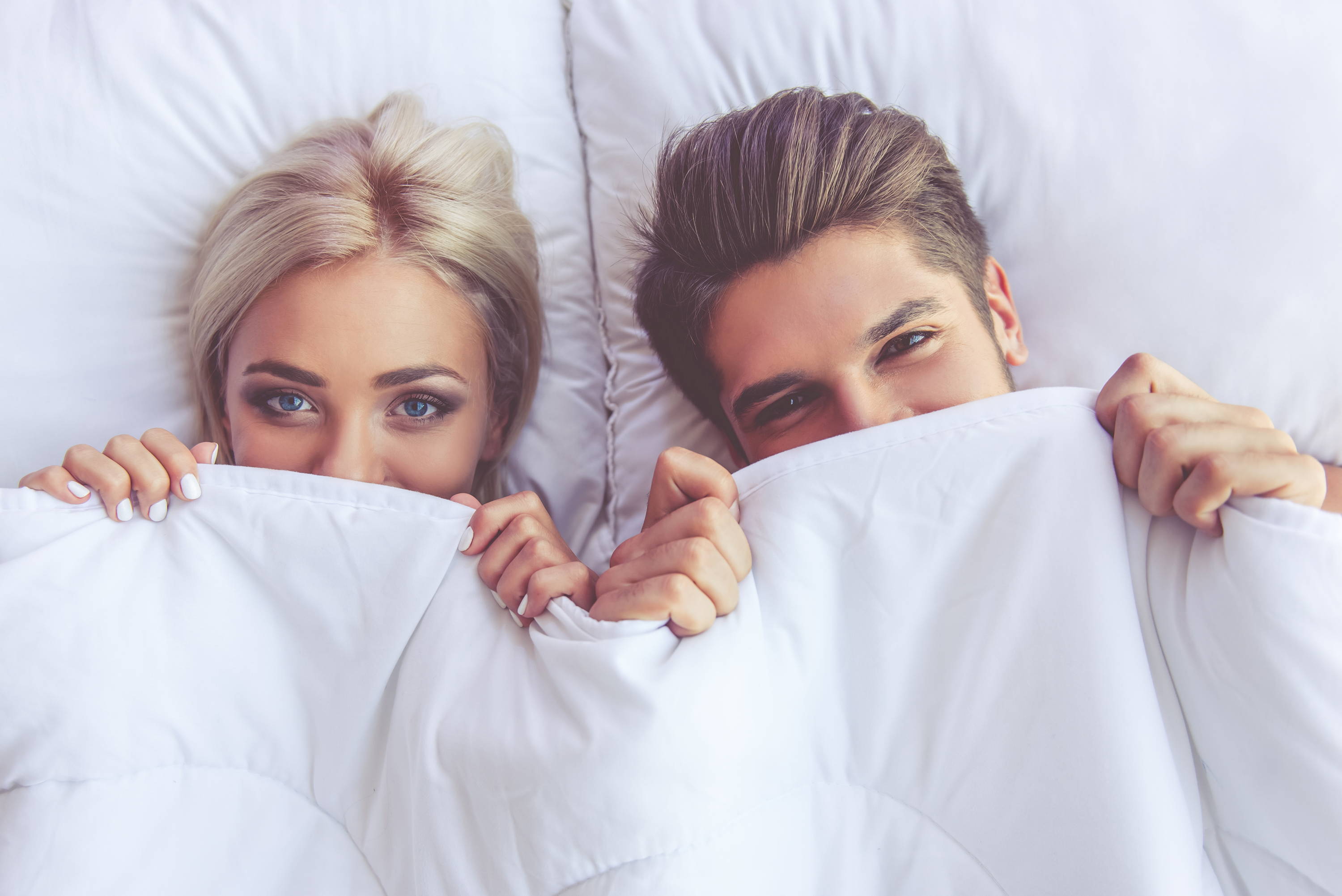 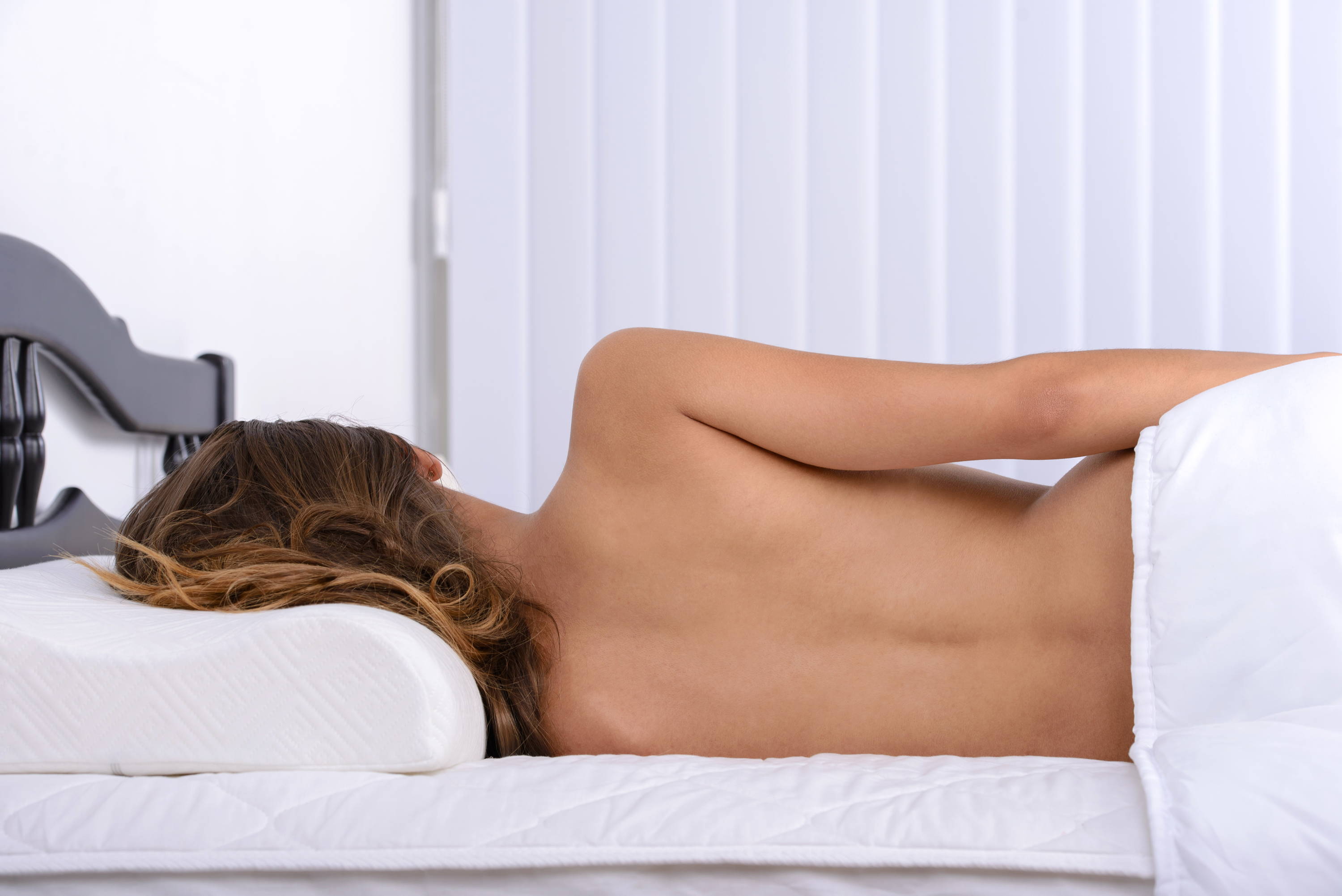 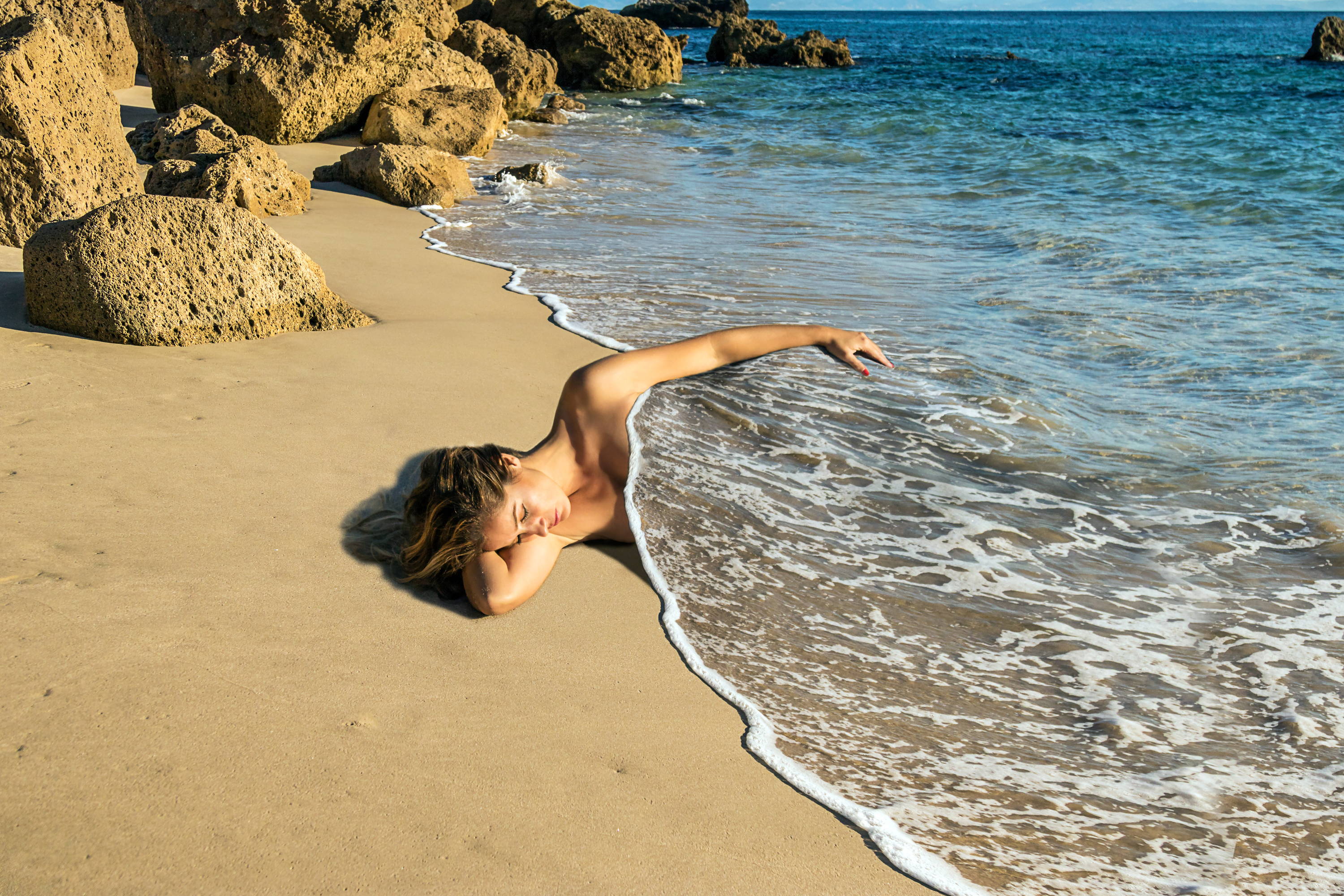